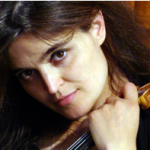 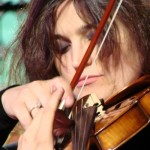 Albanian violin prodigy Brunilda Myftaraj has drawn enthusiastic accolades from audiences as well as critical acclaim for her masterful musicianship in her native Albania, as well as Italy, Greece, France, Marocco, Austria, Switzerland, Poland and in the United States. She has been praised recently by the New London Day critic as an “especially fine and beautiful player”.

In the United States She has performed as soloist with the Hartford Symphony Orchestra and the Connecticut Virtuosi Chamber Orchestra of which she is now a concertmistress, and presented recitals at the Piano and Friends Chamber Music series in Tucson Arizona, Mostly Mozart series in Napa Valley, the Schubert Club in Minneapolis and more.  She has been featured on radio stations in NY, CT and MA.

The first prize winner of the Van Rooy competition, Emerson Quartet competition she was also a and semifinalist and participant in prestigious competitions such as the Young Artist Guild in NY, Indianapolis International Violin Competition and the Lipizer Competition in Gorizia, Italy.

Ms. Myftaraj graduated with the Highest Honors from the renowned Conservatory of Fine Arts in Tirana, and has studied throughout Europe and the United States.  Her teachers have included, Proletare Skenderi, Piero Faulli of the Quartetto Italiano, Alberto Lissy, Phil Setzer, Eugene Drucker, Rafael Druian and Renato Bonacini. 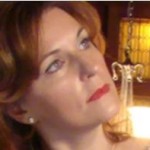 Ms. Švedaitė attended the Lithuanian Music Academy where she earned Bachelors and Masters and Degrees in Opera Performance and Vocal Instruction. She now resides in SE Connecticut where she is on the faculty of Connecticut College and Thames Valley Music School. 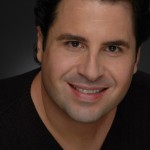