Award-winning conductor, violinist, artist, and educator, Adrian Sylveen enjoys a performing career both in the United States and in Europe. He is a founder and the director of the Connecticut Virtuosi Chamber Orchestra, and co-founder of the Connecticut Lyric Opera. Both, now NEA-funded, developed into major artistic institutions in the region. Since 2015 Sylveen is an Artistic Director of the Greve Opera Academy and Chamber Music Festival in Greve-In-Chianti, Italy. Sylveen is a winner of prizes in Poland and in the United States and has participated in international Festivals in Weimar, Łancut, and others. He received the American Council for Polish Culture award, “Primus Inter Pares” Award from the President of the Republic of Poland. He was awarded permanent US residence for “Extraordinary Abilities in the Arts”, among others. Sylveen has conducted numerous major operatic productions, more than 70 symphonies, and chamber orchestral works, with special emphasis on the music of Italian and Slavic heritage. He has performed in the United States, Poland, Italy, Israel, Cuba, Switzerland, Germany, and the former Soviet Union, and worked with such ensembles as Israel Chamber Orchestra, Holguin Symphony Orchestra, Orchestra da Camera di Greve-In-Chianti, Olsztyn Philharmonic, Elbląg Chamber Orchestra, Classical Orchestra of Pila, Central Massachusetts Symphony Orchestra, and others. His recordings are available on Virtuosi Records. 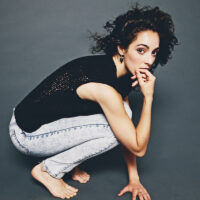 A year ago, Nora Fox sat in a box seat at Carnegie Hall dreaming about the performance she would create on that stage. Her debut with the Virtuosi Chamber Orchestra at Weill Recital Hall follows an international career as a singer, composer, actor, writer, and dancer/choreographer. A Connecticut native, Fox began performing at the Eugene O’Neill Theater Center, Goodspeed Opera House, and in the Broadway revival of The Sound of Music with Rebecca Luker and Laura Benanti. This summer, she had the privilege of playing Cleopatra in Handel’s Giulio Cesare as part of Adrian Sylveen’s Opera Festival in Greve in Chianti, Italy. Fox composed and performed for #BARS Theater-in-Verse workshop at the Public Theater with Daveed Diggs and Rafael Casal. She has also performed at Radio City Music Hall, Joe’s Pub, NY’s Culture Project: Women Center Stage, and NY Musical Festival. Fox has performed/collaborated with Jon Batiste and toured with LA-based rock band Arc Iris as a multi-instrumentalist and dancer. Recently, she composed and acted in Shakespeare in the Woods’ film As You Like It. An accomplished dancer, Fox has performed and taught at Belarus’s International Festival of Dance and Mark O’Connor’s string festival. She has collaborated with Butoh choreographer Takuya Muramatsu at the American Dance Festival, and performed and choreographed for Salt Marsh Opera. Fox holds a BA in Literary Arts from Brown University. As part of her studies, she traveled to Bamako, Mali to collaborate with Michelle Bach-Coulibaly’s dance-theater company, New Works/World Traditions. Her writing has been performed at Anna Deavere Smith’s Institute of the Arts and Civic Dialogue at NYU. Fox is a Brontosaurus Records artist releasing an album this year! She is beyond grateful for the opportunity to join the Virtuosi Chamber Orchestra at Weill Recital Hall. Love to Mama Fox and Iggy. NoraFoxMusic.com IG: @Nora_Fox

Jonathan Kane (Fox arrangements for the strings) is a composer and violist from central Connecticut. A graduate of the Eastman School of Music and the Boston Conservatory at Berklee, he plays with the Connecticut Virtuosi as well as composing and arranging for the orchestra.

Albanian-American violinist Brunilda Myftaraj has drawn enthusiastic accolades from audiences as well as critical acclaim for her masterful musicianship in Albania, Italy, Greece, France, Morocco, Austria, Switzerland, Poland, Israel, and in the United States. Her recordings of“Naked Violin” and “The American Pie” received impeccable reviews from Fanfare magazine. Brunilda was part of the Love’s Tango recording project with Alex Nakimovsky and June Bizantz, which has been awarded a 2019 Silver Global Music Award for Outstanding Achievement. Ms. Myftaraj was a concertmaster for the Connecticut Virtuosi Chamber Orchestra, Connecticut Lyric Opera and Greve opera festival in Italy. She is the director of the Summer Music Institute in Farmington Connecticut, where she also teaches violin and chamber music.“Myftaraj’s Naked Violin may be – just shy of 38 minutes – but it more than makes up for it in sheer inspired music–making… The American Pie, a truly special and especially recommended album… Myftaraj gives a masterful and penetrating performance of Bach’s famous Chaconne… Jerry Dubins, Fanfare magazine Many of my readers will want to own this interesting CD. The American Pie with Myftaraj and Parker … Maria Nockin, Fanfare magazine This is a fascinating programmed disc, well-realized…” Colin Clarke, Fanfare magazine.

Sandro attended the University of Nevada Las Vegas where he studied with Byron Tauchi and Weiwei Le. During this time he was a participant of the Brevard music festival and recipient of the Liberace string quartet scholarship and the Arts Bridge scholarship. Sandro completed graduate studies at California State University Sacramento where he studied with Ian Swensen. During this time he was a multiple time winner of the Aj and Susanna Watson chamber music competition and the Saturday Club Scholarship. He recently placed 2nd place in the Fresno Musical Club Bell T. Richie award and recently played in Fresno’s Young Artist Spotlight live radio concert. Sandro is pursuing a doctorate of arts in violin performance at the Hartt school at the University of Hartford.

Ms. Heller was drawn to the viola after attending a performance as a small child and started lessons soon after. Viola grew to become a central part of her life not only as a performer but also shaping a new generation of violists and giving them the tools to take their music around the world. She has been a highly esteemed performing musician in operas, orchestras, and chamber ensembles for over 25 years in ensembles throughout the United States, as well as internationally in Europe, South America, and North America. Ms. Heller has recorded with artists such as the Silk Road Ensemble and performed for many music and poetry festivals. She is highly dedicated, passionate, and professional in all her musical endeavors. She is currently based out of the central Connecticut area where she is Principal Violist of the Connecticut Virtuosi Chamber Orchestra and Connecticut Lyric Opera.

A recent graduate of DePaul University and The Hartt School of Music, Zachary Sears has studied and performed across the United States and Europe. He is a cellist with the American Institute of Musical Studies Orchestra in Graz, Austria, Principal cellist at the 2018 Texas Music Festival in Houston, Texas, and a chamber music fellow at the 2017 Duxbury Chamber Music Festival. Zachary has also performed with the York Symphony Orchestra, Eastern Connecticut Symphony, UConn symphony, and has served as principal cellist for the Hartt Orchestra. He is winner of the 2020 Moshe Paranov Concerto Competition and Chamber Music competition at the Hartt School where he studied with Mihai Tetel. Zachary is also passionate about teaching and has worked as a private instructor, coach, and mentor in both New England and Chicago. During his time at DePaul University he held the Teaching Artist position, working with young musicians in the Chicago Public Schools system.
Zachary began his cello studies at age 6 at the UConn Community Music School, and his early teachers include Boris Kogan and Astrid Schween. In 2019 he completed a M.M. at Depaul University with former CSO cellist Stephen Balderston.

Dr. Shaolan (Sharon) Liou enjoys an orchestral performing career of over 40 years, spanning 15 countries on 3 continents, with world-renowned conductors and soloists, such as Yehudi Menuhin, Pierre Boulez, Mstislav Rostropovich, Kurt Sanderling, Daniel Barenboim, Pinchas Zukerman, Christopher Eschenbach, Michael Tilson Thomas, Neemi Jarvi, Eri Klas, Gidon Kremer, Gil Shaham, and Elly Ameling. Dr. Liou was twice the first-prize winner of the National Music Competition in Taiwan and a judge for the Chicago Symphony’s Young Musicians’ Competitions. She received numerous certificates, scholarships, awards, and was recognized as an “Alien of Extraordinary Ability” by the United States Citizenship and Immigration Services. She holds a Doctor of Music degree from Northwestern University, and both Master of Music and Bachelor of Music degrees from the San Francisco Conservatory of Music. She taught at Lawrence University, Capital University, and the American School of Double Bass and coached for several youth, community, and homeschool orchestras. She performed with the Columbus Symphony, Santa Cruz County Symphony, Civic Orchestra of Chicago, Pacific Music Festival, Schleswig-Holstein Music Festival, Aspen Music Festival, Disney’s Young Musicians Orchestra at Ravinia Festival, New Britain Symphony, and Nutmeg Symphony, among many others. This will be Dr. Liou’s third return to performing at Carnegie Hall.

A much sought after accompanist and chamber musician, Blake Hansen holds the position of rehearsal and performance accompanist for the Connecticut Lyric Opera, Hartford Opera Theater, Hartt School Choirs, Madison Lyric Stage, and the Greve Opera Academy in Italy. He also accompanies several choirs in Connecticut, including the choirs of The Hartt School, CONCORA, and the Griswold Community Chorus. As a chamber musician, he currently collaborates with pianist and mezzo-soprano Rebecca Batista de Almeida and violin virtuoso Adrian Sylveen. Hansen has performed in notable venues such as Steinway Hall in New York City, Teatro Municipal de Niteroi, Brazil, and the Illsley Ball Nordstram Hall in Seattle, Washington. Blake Hansen graduated from The Hartt School, University of Hartford, in 2013 with a Master of Music in piano performance under the tutelage of Luiz de Moura Castro. He now performs frequently as an accompanist and soloist in the U.S., South America, and Europe. Although primarily a pianist, he also pursued studies in violin, double majoring on both instruments during his undergraduate studies at Principia College.

Established in 1997, the Connecticut Virtuosi Chamber Orchestra is Connecticut’s premier professional chamber orchestra, based in the Greater New Britain area, and dedicated to presenting both traditional and contemporary works to the public. As artists, the Virtuosi strive to be cultural leaders and teachers and to inspire our audiences to recognize the beauty and quality of classical music in any form.

The organization consists of approximately 27 professional musicians representing many nationalities.

The mission of the CONNECTICUT VIRTUOSI CHAMBER ORCHESTRA has been to preserve and perpetuate the great traditions of chamber orchestral music through the expansion of the public performance season and educational programs and by showcasing the excellence of regional and international talent.