What is considered by most classical music aficionados to be the premiere orchestra of choice in Connecticut, the CT Virtuosi Chamber Orchestra, is proudly celebrating its 15th anniversary in grand style, with a magnificent gala concert and dinner on Sunday Feb.10 at 4 p.m. at Central CT State University.

The event will feature the Orchestra in a Beethoven’s Symphony No. 7, the orchestra’s concertmaster Brunilda Myftaraj in a Violin Concerto by Hennry Wieniawski, a musical surprise, and a spectacular dinner reception afterwards.The honorary chairman of the event is the Mayor of the City of New Britain, Mr. Tim O’Brian, and the event is co-sponsored by the Stanislaus A. Blejwas Endowed Chair In Polish And Polish American Studies. 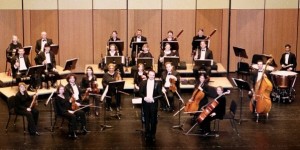 So how did the Virtuosi grow to what can almost be thought of as a musical community in Connecticut, not just a world-class orchestra of 20+ accomplished musicians who perform 25-30 concerts a year? Since its inception at the First Church on Corbin Ave. in New Britain in 1997-98, maestro Adrian Sylveen has always followed his mission to preserve the great traditions of classical and orchestral music, to showcase and promote local and regional talent, vocal and instrumental, and steep them in those great traditions, and to expand the general public’s awareness of our civilization’s greatest music through education and various community outreach programs throughout the state, but especially in New Britain, where the orchestra is home-based. 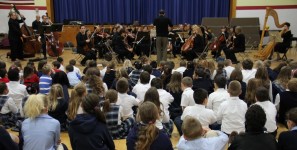 At least a half dozen times a year, more than 2000 children in the New Britain school system are entertained by mini-concerts and fun “seminars” where they are informed about and exposed to instruments, composers, styles of music, etc — all giving educators the opportunity to incorporate classical music into their curriculums at the earliest possible age. Furthermore, students of all ages — 6 to 60 can also enrich and pursue their musical talents by taking private lessons at the Virtuosi Music Academy or Summer Music Institute, located on the campus of Tunxis Community College.

During the last decade and a half, many notable and established musicians, European, Polish and American, have performed as guest soloists with the Virtuosi at various stages of their careers. The archives are very rich with such now prominent musicians as violinists Theodore Arm, Lily Francis and Jaroslaw Nadrzycki, Blanka Bednarz, Jaroslaw Lis, pianists Neal Larrabee, Slawomir Dobrzanski, Dmitri Novgorodsky and Rafael Lewandowski, cellists Rober DaMaine, Then, there are the collaborations, especially within the last ten years or so, with other major performing arts organizations in the state, the New Britain Chorale, the Middletown Concert Association, the Mystic Chamber Music Festival, the Mystic Ballet, and, of course, the New Britain Symphony, and the Connecticut Lyric Opera, which is celebrating its own 10th anniversary this season, and where Sylveen serves as Artistic Director. To date, the maestro and the CLO have presented such challenging operas as Verdi’s “Otello”, Tchaikovsky’s “Eugene Onegin” and Offenbach’s “Tales of Hoffmann”, as well as the more standard and easier to cast Puccini and Mozart favorites, and their first opera by Wagner is in the works in the fall of 2013. These operas always open at the Virtuosi’s mother theater, Trinity-on-Main in New Britain, and then “travel” to such venues as the Garde Theater in New London, Middletown High School’s Performing Arts Center and Naugatuck Community College in Waterbury. The Virtuosi is all encompassing! 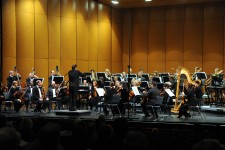 The latest creation by Sylveen is the Magnum Opus series, in unison with the New Britain Symphony, which are concerts of more symphonic repertoire. 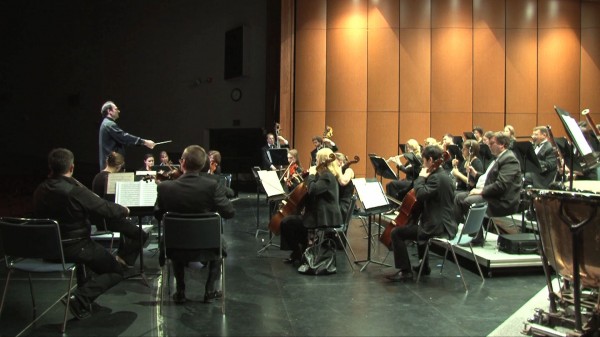