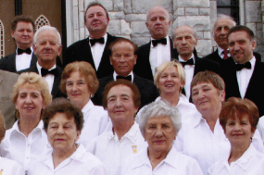 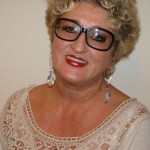 Jolanta Reszelska is one of the Poland’s most accomplished pianists. She has performed in concerts and recitals in Poland, Austria, former Czechoslovakia, Germany and Hungary. She has made several recordings for the Polish National Radio.

Jolanta Reszelska graduated from Music High School in Zielona Góra, Poland in the class of Krystyna Bujakiewicz. In 1976 she graduated with honors from National Academy of Music in Poznań, Poland where she studied with Prof. Irena Wyrzykowska-Mondelska. In 1972 she took part in a master class conducted in Warsaw by Prof. Tatiana Nikobiewa, and in 1974, in Budapest, in the piano master class of Prof. Kornel Zempleni. After her studies she accepted a position of a chair of piano studies at the Music School in Piła.  In 1981 she was awarded a scholarship under the Austrian Government & Polish Ministry of Culture and Education exchange and studied at the Hochschule Für Musik und Darstellende Kunst in Vienna in the class of prof. Hans Graf. She completed the studies with honors in February of 1983.

Recently Mrs. Reszelska has performed extensively with Chamber Orchestra of Piła, and was a founding member and lecturer of the first edition of the Musical Piła Summer festival.