This concert is presented by: 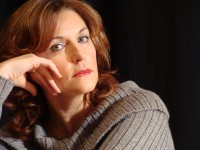 "Music is a universal language that connects people..." - Emma Rae