READ OUR INTERVIEWS ON CTCLASSICALMAGAZINE.COM

Così fan tutte, one of a trilogy of collaborations between Mozart and master librettist Lorenzo Da Ponte, is a classic comic opera. As the curtain opens, Ferrando and Guglielmo proclaim the faithfulness of their brides-to-be, the lovely sisters Dorabella and Fiordiligi. Their skeptical friend Alfonso proposes a test of the sisters’ fidelity, recruiting their spunky maid, Despina, to aid in his plan. Using every ploy he can muster, from disguising their lovers as mustachioed Albanians to staging their death (and resurrection), Alfonso attempts to prove that, when it comes to love, all women are the same. The production will be sung in the original Italian with projected English supertitles, to aid the audience in following the opera’s twisting plot. 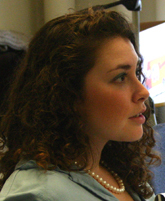 Bringing Così to life will be stage director Eve Summer, hailed as “a rising star of stage directing” whose “approach to directing refreshes hope for the future of opera.” The superlative cast of singers includes CLO’s resident soprano, Lithuanian Jurate Svedaite, as Fiordiligi, with the exciting young Polish mezzo-soprano Alexandra Kaminska debuting as her sister Dorabella. Their love interests will be portrayed by tenor Daniel Juárez as Ferrando and bass-baritone Luke Scott as Guglielmo, both returning to CLO after rave reviews in last season’s Tosca and The Magic Flute. Rounding out the cast are bass Miles Rind as Don Alfonso, also making his debut, and mezzo-soprano Aleksandra Romano as Despina who performed Antonia’s mother in Les Contes d’Hoffmann. Set design and costumes are by Katie Jurkiewicz, and an original set will be built by Phoenix Theater of New Britain. Finally, as always, CLO Artistic Director, maestro Adrian Sylveen will lead the outstanding Connecticut Virtuosi Chamber Orchestra (CVCO) in this production that is fully staged with a twenty-voice chorus and English supertitle translations above the stage.