Connecticut Lyric Opera is pleased to announce that the National Endowment for the Artworks has awarded a grant in the amount of $24,000 for “To support the presentation and tour of The Emperor of Atlantis (Der Kaiser von Atlantis) by Composer Viktor Ullmann and related community engagement programming.”
–
Ullmann was born into the converted Jewish family, grew up surrounded by the intellectual elite of the Silesia, seemingly free of the traditional social limitations. Ultimately, he was killed, like many others, in Auschwitz. Many argue that his writing of this opera triggered his demise because the work was discovered by the Nazi authorities in Theresienstadt, where he composed it.
–
No matter how you look at these profound historical events, the opera serves today as a symbol of the strength of human spirit. It is bold, beautiful, its powerful message transcends cultures and religions.
–
The world premiere, presented by the Netherlands Opera at the Bellevue Centre, Amsterdam, took place on 16 December 1975. 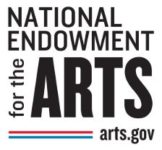