In “Sounds of Sanctuary”, the CT Virtuosi return to the Cathedral of Saint Joseph music series “Sacred Sounds” with pianist Joon Yoon to perform Mozart’s Piano Concerto No.17 in G major, K.453 under the direction of Maestro Adrian Sylveen. In addition to the Mozart, the Virtuosi will accompany three of Connecticut’s premier children’s choirs (the Archdiocesan Youth Choir, Chorus Angelicus, and the Connecticut Children’s Chorus) in a performance of Karl Jenkin’s unique “Adiemus: Songs of Sanctuary”. Wikipedia describes Jenkin’s work thusly: “Each Adiemus album is a collection of song-length pieces featuring harmonised vocal melody against an orchestra background. There are no lyrics as such, instead the vocalists sing syllables and ‘words’ invented by Jenkins. However, rather than creating musical interest from patterns of phonemes (as in scat singing, or in numerous classical and crossover compositions), the language of Adiemus is carefully stylised so as not to distract the listener’s attention from the pitch and timbre of the voice”. 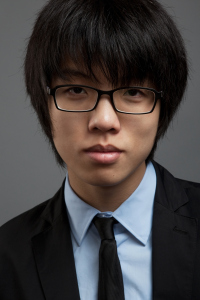 A native of Seoul, Korea, Joon Yoon made his solo recital debut at the age of 12 in Korea, and his concerto debut at the age of 13 in the U.S. He is an avid solo and chamber musician, and performs a wide range of repertoire from Bach to Brahms. Since coming to the U.S., Joon has been a top prizewinner in numerous competitions including the Piano Texas Concerto Competition, the Liszt-Garrison Piano Competition, Fite Family Young Artist Piano Competition, and the Louisiana International Piano Competition Junior Division. He was a recipient of the 23rd Annual Awards from the Peabody Preparatory, placing first in the school’s concerto competition. Before coming to America, he was a top prizewinner and second prizewinner of the Eumyoun Piano Competition and the International Chopin Competition in Asia. Recently, he was a medalist and a prizewinner in the Maria Canals International Piano Competition in Barcelona and Iowa Piano Competition.
Joon has performed solo and chamber music in prestigious venues including Alice Tully Hall, Carnegie Hall, Petit Palau of Palau de la Musica, Seoul Arts Center, and Sejong Center for the Performing Arts, among others to name. He has made concerto appearances with the Peabody Sinfonietta and Fort Worth Symphony Orchestra, and has performed all over the world, including Japan, Korea, Spain, and the U.S.