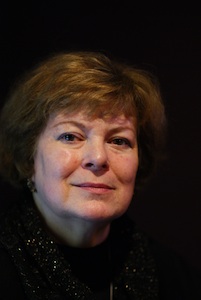 To paraphrase the popular song, “love will be in the air, every sight and every sound” at Central CT State Univ. on Friday, Feb. 10 when the esteemed Conn. Virtuosi Chamber Orchestra presents a special Valentine’s Day concert at Welte Hall. The Virtuosi has been traditionally honoring most of the major winter holidays for over a decade now, but this particular concert comes with a twist, as it will feature the orchestra’s Principal Flutist of nine years, Jill Maurer-Davis, as she performs Mozart’s famous 1778 “Concerto for Flute & Harp” with celebrated harpist Megan Sesma of United States Coast Guard Band fame. Davis herself is also a veteran of the mighty military band (20 years!), currently resides in North Stonington, and has been an adjunct professor of flute majors at CCSU for the last 14 years. Both women are eager to perform this beautiful Mozart masterpiece together, as it is the only composition this composer ever wrote for the harp.

Inspired by none other than the great flutist James Galway’s performances of this piece, Ms. Davis was enthusiastic to share these memories (and an impressive boatload of others!) with local music critic and reporter Larry Kellum. During the hectic Christmas week, the two met for a lengthy and stimulating conversation to discuss this upcoming event and her glorious past experiences, which read like a Who’s Who of classical musicians. Here are some highlights of that exciting interview………………..

LK— “Your resume is the length of a football field — I hope I get everything in! Let’s briefly start with the early years.”

JMD— “I grew up in Virginia and New Jersey. In middle school in Virginia, I studied with Mark Thomas, founder of the National Flute Assoc. and when in New Jersey, I was able to prepare for my college auditions with the principal flutist of the Philadelphia Orch, Murray Panitz. My college of choice was the New England Conservatory in Boston. Two of my greatest mentors at this time were Lois Schaefer and James  Pappoutsakis, both members of the Boston Symphony. My college years were interrupted by a stint in Europe. I received a diploma from the Orff Institute, which is part of the Mozarteum in Salzburg. While in Salzburg, I had the great fortune to meet and hear many of the world’s greatest artists in concert. This was an enlightening experience for me. Ultimately, I received both my Bachelors and Masters of Music from the conservatory in Boston.”

LK— “Who else has been instrumental, pardon the pun, in either your formative or professional years?”

JMD— “Frances Blaisdell, who was one of the first women to play a woodwind instrument in the New York Philharmonic, was a tremendous help to me in high school even though I wasn’t her student! I can’t forget the well-known pedagogue Thomas Nyfenger, and certainly Louis Moyse, who actually grew up knowing many of the great French composers himself. Last, but not least, I was coached in a televised  master class for PBS by the famous flutist, Jean-Pierre Rampal.”

LK— “Tell us about your Coast Guard days.” 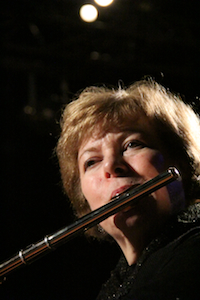 JMD— “During those 20 fascinating  years, we performed all over the United States, England,  and were even the first military group to actually play in (what was then) the USSR! Then, there were all the inaugurations, ceremonies, joint military tv shows and private dinner parties in DC, including woodwind quintet performances  at the White House. I have many memories of former Presidents Reagan, Bush, Clinton, Members of the Cabinet and many heads-of-state.”

LK— “Was it lonely being on the road so much?”

JMD— “For the first two years after my son was born, my husband and son traveled with me everywhere, but after that, it was just me and the other members of the band.

LK— “One final question — are there different types of flutes that you play on that you prefer, or rotate, depending on the pieces you are performing?”

JMD— “Oh, yes. I currently prefer a hybrid gold flute, but sometimes will play on a sterling silver flute. The material affects the tonal quality. For example, white gold (mixed with platinum) resonates differently than red gold (mixed with copper). Every professional flutist has his or her own preference.”

LK— “Ms. Davis, so glad that you could enlighten us, and we all look forward to grabbing something red out of the wardrobe and celebrating the beginning of Valentine’s Day weekend (FRI. FEB 10) with your stellar performance at CCSU!”